The most southern prefecture in Japan, Okinawa is made up of several smaller islands found in the southern portion of the Nansei Shoto. Together, these islands span over some one thousand kilometers all the way to Taiwan. All of Okinawa Prefecture can be separated and classified and three distinct areas. These island groups consist of Okinawa Islands, Miyako Islands, and Yaeyama Islands and are also known as the Ryukyu Islands.

The Ryukyu islands were once under the control of the Satsuma family during the 17th century. Prior to this ownership, the islands served as an independent kingdom to nearby China. In 1879, Okinawa became its own prefecture and during this shift, the distinct Ryukyu culture came under pressure to assimilate. Instead, the native population was able to preserve their unique culture which stands as a part of Okinawa’s culture and diversity. 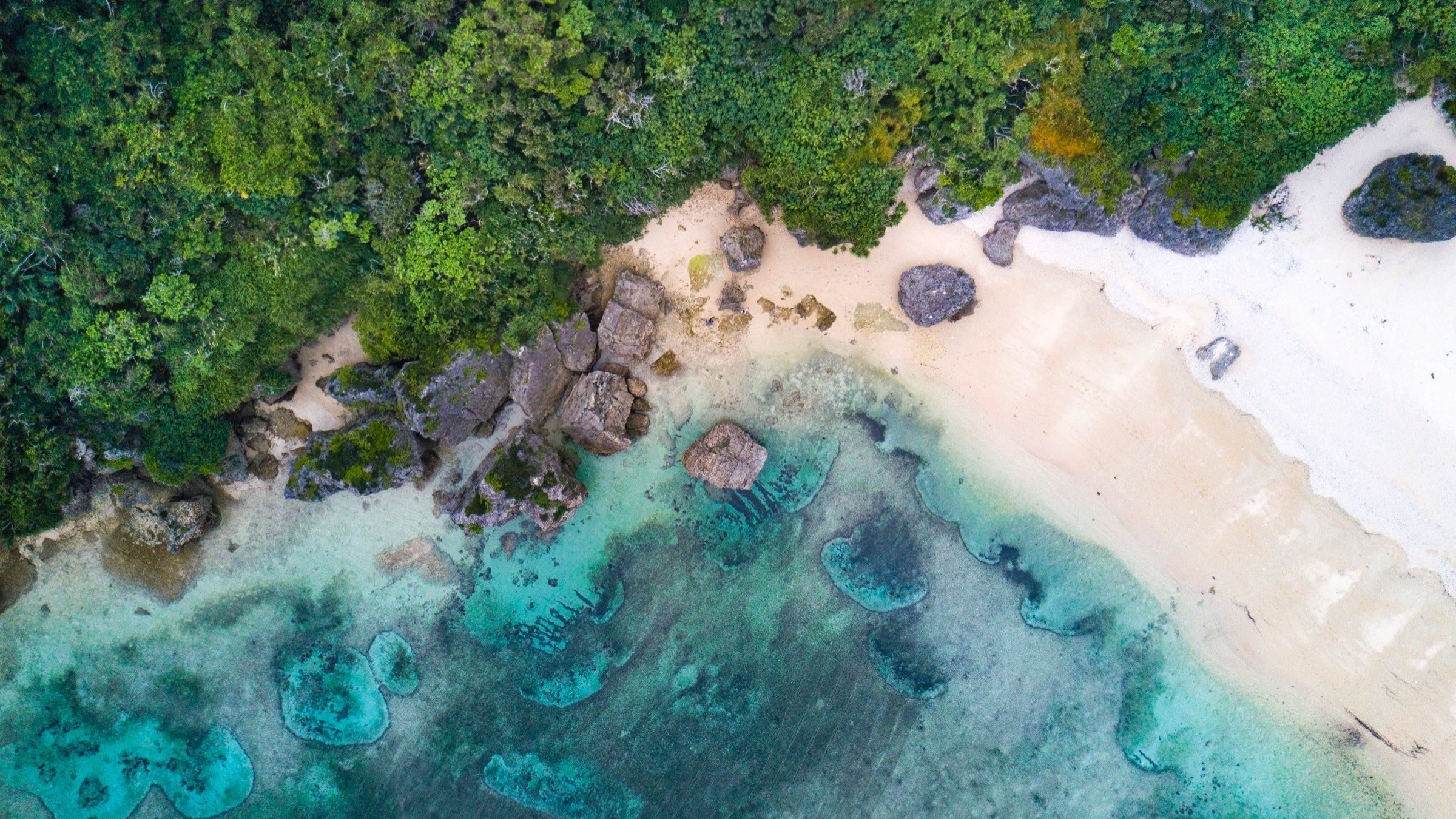 Okinawa is also notable in history as the site of one of the worst and most horrific attacks during WWII when the islands were invaded by the US army. It wasn’t until 1972 that the islands were released and the troops retreated.

The culture, customs, and language spoken in Okinawa are different than those on the mainland. Okinawa is not only well-known for the sea life and island vibe but is also the most famous for the island’s export of karate. There has also been a musical revolution in Okinawa, created with a fusion of Okinawan music and American influences from jazz and rock music. This new music scene has been gaining popularity and many well-known musicians have come from Okinawa and become famous in Japan as well as gained international recognition such as Super Monkeys which sparked the career of well known Namie Amuro. Other popular bands include Orange Range and High and Mighty Color. There are many cultural aspects seen in art, music and performing arts in Okinawa. With Yachimun (pottery), Ryukyu Glass, and Kijoka-Bashofu (textile) many artisan techniques are still used today creating uniquely Okinawan products.

In terms of food in Okinawa, the traditional cuisine has been influenced by China and other Asian countries as well as American flavors and styles. Popular ingredients in the region include pork, tuna, potatoes, and soba noodles. In the true tradition of Okinawa cuisine, there is a concept and understanding of food as medicine and awareness that these concepts originate from the same place. Using traditional and local ingredients indigenous to the region is an important aspect of the culinary scene in Okinawa and a keen focus on health and wellness.

What do to in Okinawa

A very different climate than that of Hokkaido, the northern Island, the climate in Okinawa is subtropical and even in the winter months, the weather is warm and temperate. This subtropical climate attracts many visitors, especially those interested in snorkeling and scuba diving as the islands are home to some of the most stunning coral reefs and a vast array of fish and marine life in the waters. Okinawa remains a popular tourist attraction given the frequent flights from all major cities in Japan. Easily accessibility helps the continually thriving tourism in Okinawa.

A great way to connect to nature by enjoying a hike through Todoroki Falls. Easily accessible, the falls are naturally flowing and the site has been updated to include a bridge and hiking path making it easier and more comfortable to explore at ease.

Enjoy a rare and unusual experience found at the northernmost point of the island, Cape Hedo where two oceans meet. The cape sticks out facing the South China Sea to the west and on the eastern side the Pacific Ocean making the view highly unique. Cape Hedo is situated in the Kunigami Village and a special attraction for tourists and locals.

There are many choices of dive spots on the island and Okinawa is famous for its world-class scuba diving and coral reef. Some top spots include Dream Hole & Mini Dream, Cape Manza and Zamami & Tokashiki, Kerama Islands although there are endless options are they are all sure to impress.

Inside this impressive park, the Churaumi Aquarium is a part of the Japanese Association of Zoos and Aquariums and once was recognized as the largest aquarium in the world. The center is committed to aquatic awareness and preservation and also showcases the marine life. From sharks to stingrays and all the migratory fish found in the Kuroshio Sea, the aquarium is an exciting attraction for visitors of all ages. 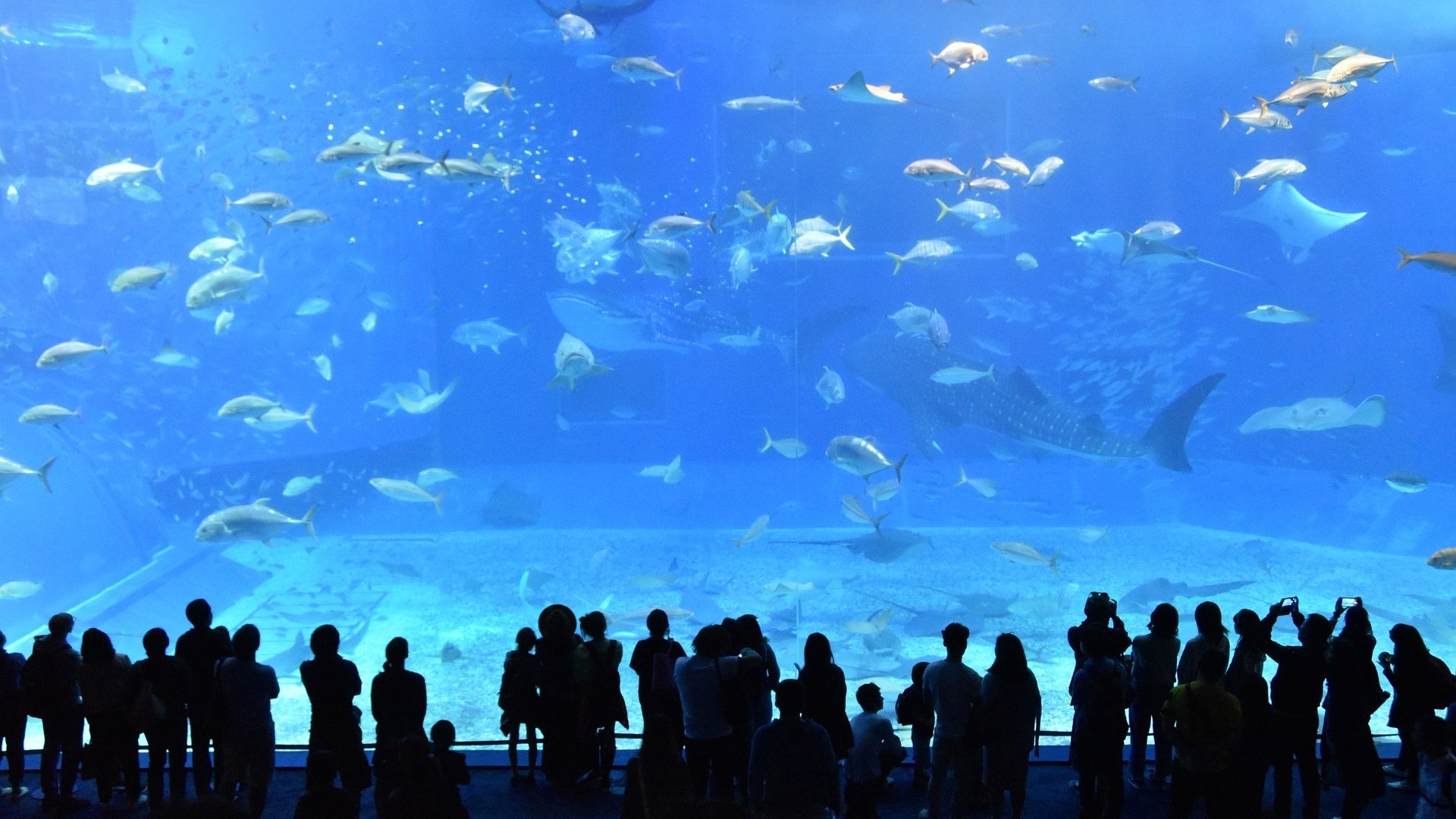 A beautiful place to hike and explore the surrounding nature, Daisekirinzan has several easy to walk trails throughout the park. Each path offers different options including length and difficulty making it ideal for all types of fitness levels including wheelchair accessibility. The park is a great way to admire the unique rock formations and flora surrounding the area.

A special place that provides insight into ancient times, Taketomi Island is a UNESCO World Heritage Site that stands the test of time and shows the Ryukyu village and its people. This unique attraction is well-preserved village which shows the style of traditional bungalow homes built from stone. The island can be explored by bike, by foot and the beaches surrounding can also be enjoyed.

How to visit Okinawa

To get to Okinawa from Tokyo, the best and fastest option is to take a flight. There are many low-cost airlines that provide affordable domestic flights to the islands. Prices may fluctuate during the seasons, with prices getting higher during late spring and summer months. There are also a variety of festivals and parties along the beaches, and many surfers are attracted to the region even during typhoon season.

more things to do